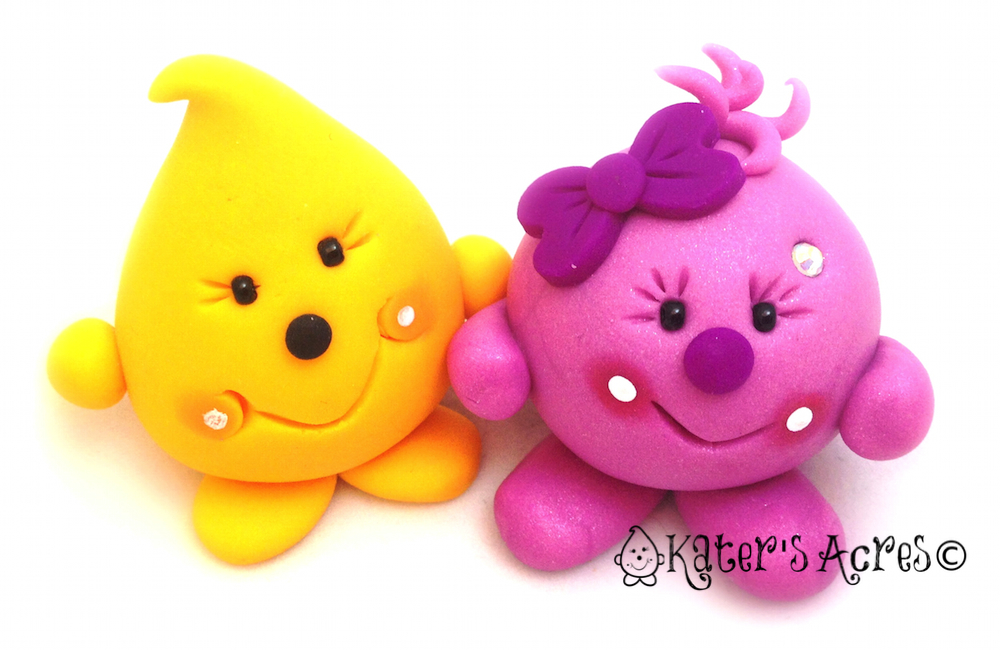 Well, the time you have been waiting for is here.  Today Kater’s Acres newest polymer clay character is announced.  Parker’s little sister, Lolly has arrived!  She goes on sale in my Etsy store tomorrow, Jan. 1st, 2013.  Do you want to know more about her?

Lolly had a best friend…Parker.  Parker was special to Lolly, not just because he was her best friend, but because Parker is Lolly’s brother.  When the storm came that shook the Nimbus rainbow, Lolly was riding her unicorn amongst the clouds.  She saw Parker fall off the rainbow and tumble down…

She has spent the last several years trying to find Parker.  Lolly knew all the signs of a storm and when not to play on the Nimbus Rainbow.  But one day while she was playing it began to rain gently.  Lolly has always loved the rain and as she danced and swirled in the droplets the Nimbus Rainbow began to glisten.  It was the most beautiful thing she ever saw.  She got so excited she twirled around and around!  But then something happened, her foot slipped from the edge of the red ribbon and Lolly fell.  Her heart fluttered inside her chest as she fell through the clouds.

When Lolly opened her eyes, she was laying on green soft whisps.  And as she looked to her right, what did she see?  It couldn’t be!  But it was, the bright yellow sunshine color was even brighter than she remembered … Parker had found her.  She hugged her brother tightly and off they ran into the meadow to have fun and find new adventures, this time they’d do it together.