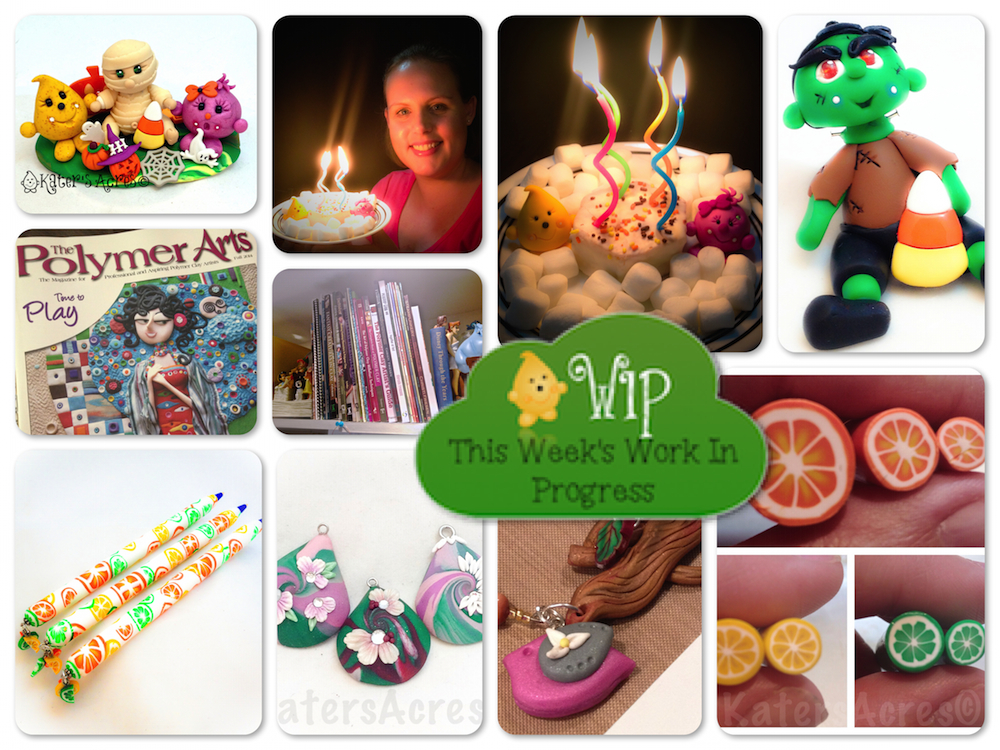 This has been a very busy week … so busy, my WIP Wednesday post is being published on Thursday. This is kind of sad for me because this is the first WIP Wednesday I’ve missed since last December. But … let’s move on and talk about all that’s going on in the montage above.

This week, I have been inspired by artist Lisa Ammerman from “A Piece of Lisa.” She creates doll-like sculptures from polymer clay. She’s getting ready to do a big show & has featured some of her newest works as she prepares for that show. Check out her post featuring some of these creations here.

I’m inspired by Lisa originality. All of her dolls have spindly legs, large bodies, and smallish heads. Her style is recognizable instantaneously. This color palette seems to match seamlessly throughout all her seasonal projects. What a fantastic artist.

Want to be an artist of inspiration for the week?

Every week I choose 1-2 artists whose work has caught my eye during the week. How do you catch my eye? It’s simple … use social media. Here’s a few easy ways to catch my attention: become part of FaceBook groups I am also on, showcase your work on your FaceBook page, Twitter, Instagram, Flickr, Pinterest, or even tag me @KatersAcres in your photos on FaceBook.

What are you working on?

What’s going on in your studio? What are you working on? Is there a project you’d like to see me tackle and feature on the blog? Let me know in the comments below. I’d love to hear your thoughts & ideas!