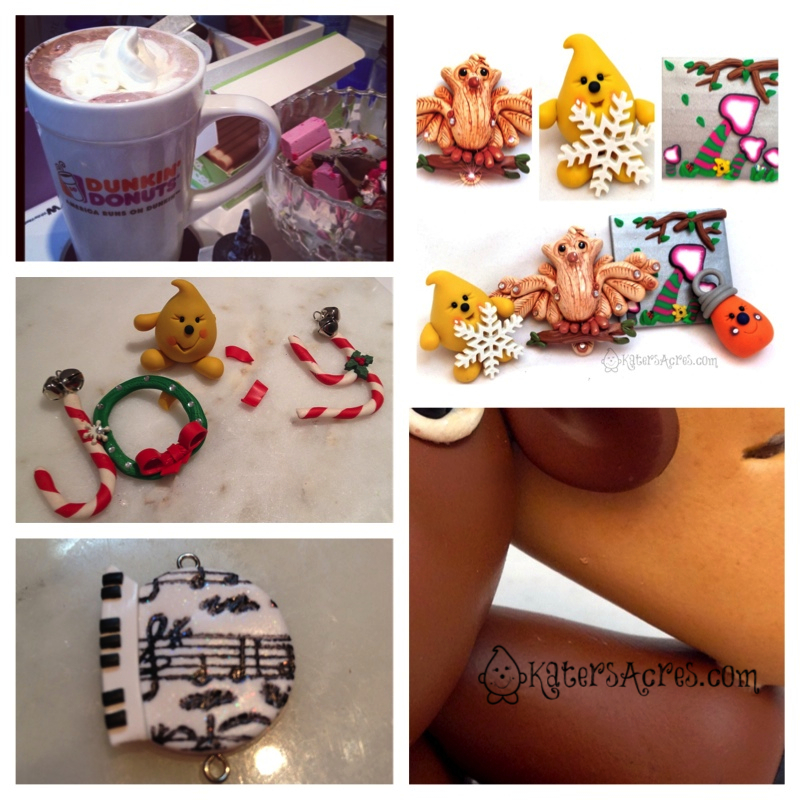 It’s time for a WIP (Works in Progress)! There were lots of things going on in my studio this past week … from the making & photography of new tutorials, several custom orders, and a whole lot of experimenting it’s been a great week in Kater’s Acres Studio.

From the photo above you can see that there’s been a lot going on in my studio, including some tears that were shed for a REALLY broken (and impossible to fix) ornament. I love WIP Wednesdays … not just because I get to show you my works in progress, but because I love seeing and hearing what others are doing as well. Here’s a brief look at what’s been going on in my studio over the past week.

Your first month’s subscription is just $5! The tutorial that is being sent on the first Monday alone will be sold for $8. This is a fantastic offer for your first month and it will be gone soon. Subscribe today!

What are you working on?

What’s going on in your studio? What are you working on? Is there a project you’d like to see me tackle and feature on the blog? Let me know in the comments below. I’d love to hear your thoughts & ideas!